by Spotlight Northeast
in Films & TV
Reading Time: 3 mins read
A A

Gather around, it’s VicKat haldi ceremony pictures time! Newly married couple Vicky Kaushal and Katrina Kaif have finally shared a sneak peek of their haldi ceremony, and it’s filled with love and laughter.
The couple hosted grand wedding celebrations at Six Senses Fort Barwara, Rajasthan from December 7-9. The ceremonies included mehendi, haldi, sangeet and the final wedding ceremony.
After sharing pictures of their saat pheras, the newlyweds have now unveiled glimpses from their lovely haldi ceremony through their respective Instagram handles along with the caption, “Shukr. Sabr. Khushi.”
Taking to his Instagram handle on Saturday, the ‘Sardar Udham’ star posted a string of pictures. The first picture saw Vicky and Katrina together, smeared with haldi and rose petals. 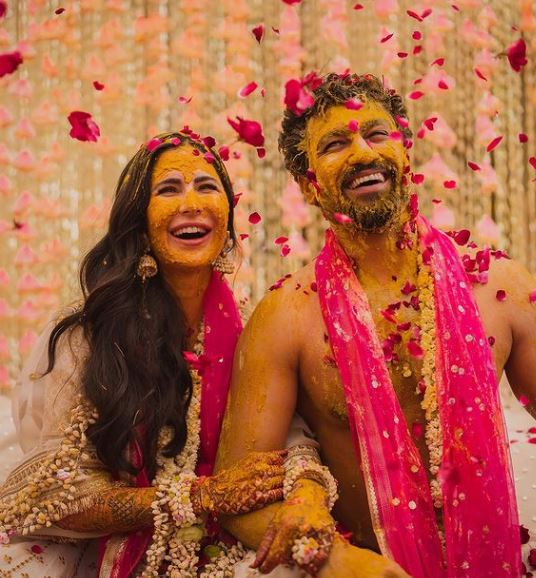 The next one featured Vicky with his dad Sham Kaushal, applying haldi on his son’s arms. 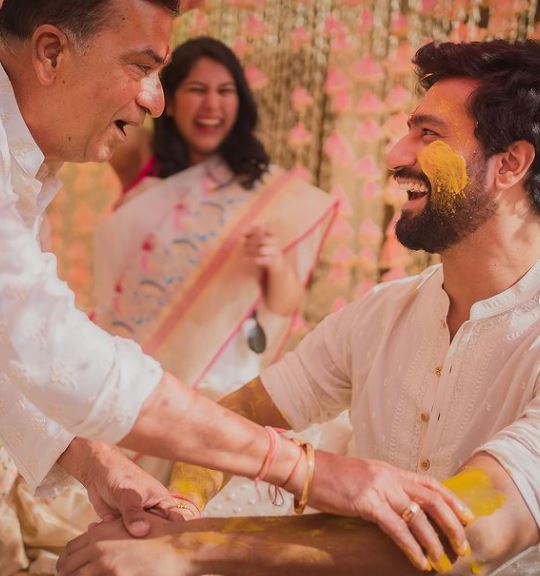 Another super fun picture saw Vicky posing in swag, as friends and family emptied buckets of water on his head. 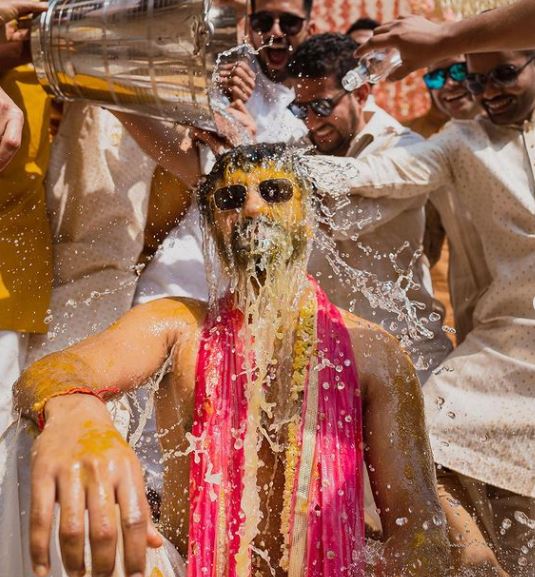 The final picture saw the couple in an intimate moment, with Katrina smiling and putting haldi on Vicky’s face. 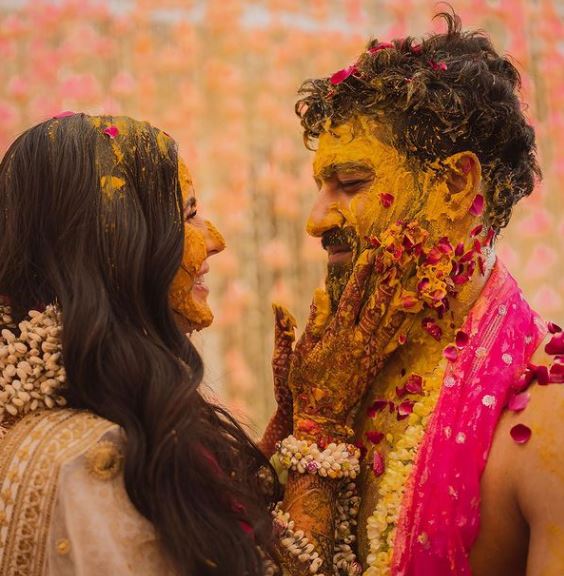 Friends and fellow members of the film fraternity including Ishaan Khatter, Zoya Akhtar, Richa Chadha, Vikrant Massey and more dropped heart emoticons in the comments section.
Katrina also posted a bunch of different pictures, including a solo picture in which she can be seen looking super happy, dressed in a white and gold ethnic outfit, with haldi on her face, mehendi on her hands and rose petals in the air. 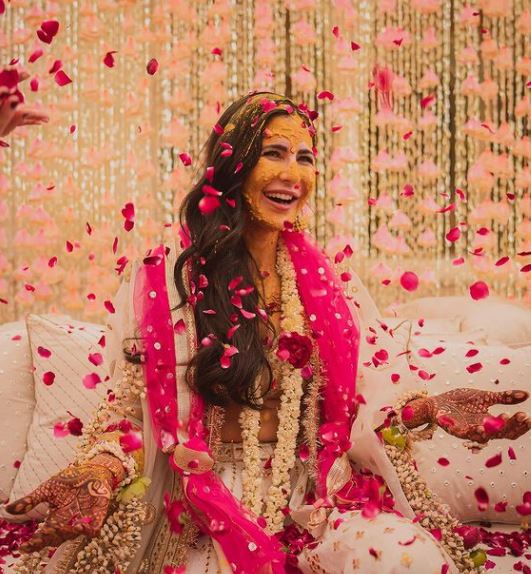 Other pictures include friends and family joining the celebrations, including her mother Suzanne Turquotte and brother-in-law Sunny Kaushal. 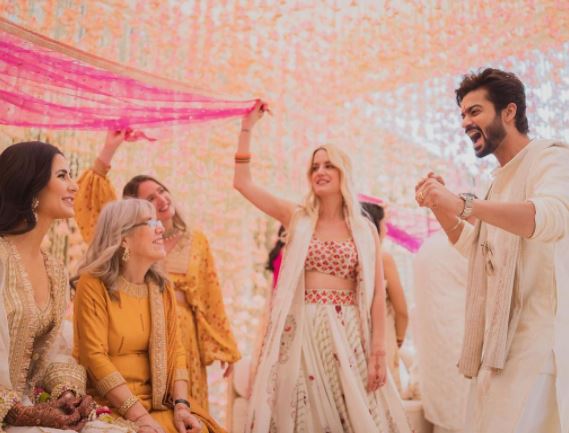 The post garnered more than 1.8 million likes in less than an hour.
As per reports, the newlyweds have already moved into their new Juhu house on Friday night.
Vicky and Katrina will reportedly throw their wedding reception party for the film fraternity in the upcoming days and will resume work after concluding all wedding festivities. (ANI)

No Result
View All Result

© 2021 All Rights Reserved | Developed and Maintained by ClickNext.